The speaker Michael Koch was part of the previous event. To review the most recent speakers list, click here.
View All Speakers 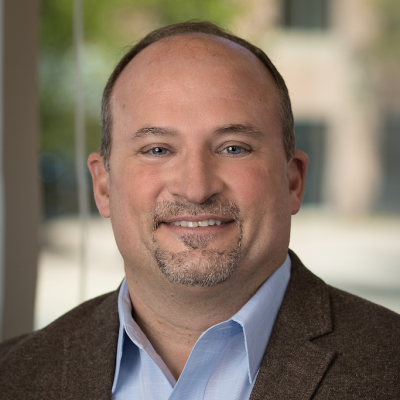 Since 2013, Michael Koch has served as the Senior Director of Development for Samsung Electronics America based in Richardson, Texas.

Previously, Michael spent 25 years working for Fortune 500 companies such as Apple, Guess, Nextel, and The Ritz-Carlton while living in Washington, D.C.; London, England; and Lugano, Switzerland. Michael studied at the University of Maryland, where he received a bachelor’s degree in architectural and design engineering.

Having designed and constructed hundreds of the most well-known retail locations throughout four continents, Michael’s primary responsibility is to grow the Samsung brand in North America through intentional, iconic design. His team is tasked with the design, development, and maintenance of more than 50,000 locations in the U.S. alone, and is responsible for creating the 55,000-square-foot Samsung 837 flagship store in New York City. Receiving worldwide recognition and awards for this location from Forbes and Design:Retail as a top experiential location, Samsung plans to utilize subsequent findings in future designs worldwide. Some of his most noteworthy achievements include Apple’s signature locations in Berlin, Barcelona, and Turin, as well as Guess flagship retail locations in Milan. In addition, he was responsible for emblematic resorts for The Ritz-Carlton in Florida, San Francisco, and the Cayman Islands.

Michael’s career began in the U.S. Marine Corps by serving with distinction as a platoon sergeant in a line infantry reconnaissance unit from 1983 to 1993. Honorably discharged in 1993, Michael’s last tour after the Gulf War was at the University of Memphis, where he taught the ROTC corps of cadets. Throughout his military career, Michael earned awards for leadership and service over nearly 10 years of active duty.

Michael, an industry professional known widely for his tireless pursuit of perfection, has a deep passion and high level of experience in real estate, design and construction implemented in more than 40 countries. He has received awards for not only creating a brand’s prominent worldwide image, but also expanding his team’s abilities through professional instruction and training.

Michael created The Road Ahead Foundation in 2008, with sponsorship from former First Lady Mrs. Laura Bush and others, as a means of helping orphaned children suffering from this worldwide pandemic. His focus now is to harness his talents and extensive business relationships to better the children of America by making a difference in young peoples’ lives and career paths worldwide.  Speaking at public events and providing business solutions presentations worldwide, Michael is well known for inspirational and engaging speeches for all age groups and backgrounds.

Check out the incredible speaker line-up to see who will be joining Michael.

*Processing your payment may take a moment. Please click submit payment only once, and do not refresh this page. Doing so may result in your credit card being charged more than once.

We use cookies and similar technologies to recognize your visits and preferences, as well as to measure the effectiveness of campaigns and analyze traffic.
To learn more about cookies, including how to disable them, view our Cookie Policy